Engelstalig boek over de RD350LC / YPVS Historie
The RD350LC/YPVS family of water-cooled, race-derived two-stroke ‘screamers’ has become a motorcycling icon of the 1980s....
....It was the first mass-production bike to use the now commonplace monoshock rear suspension, and in racing it instantly became the production racer of choice. The LC marked the end of an era, as tightening emissions regulations ensured that it was the last of the middleweight, no-compromise performance two-strokes. This book describes the full development, production and racing history of what soon became the dream bike for a generation of teenagers – nothing else came close. 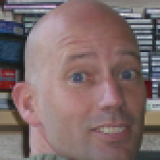 My Bikes!
My Articles